We are pleased to inform you that version 2.0 is available for both iOS and Android devices. This version has two new features:

The first feature is straight forward, but the second one, requires some clarification. During an online game, one of the players may be forced to put the game in the background. For example, the phone rang. When this happens, the other player will see the following dialog: 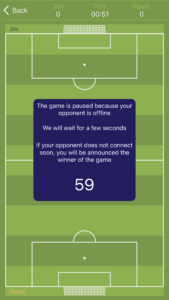 Please, note, that the player who sees this dialog is not allowed to put the game in the background. If (s)he does this, (s)he will see the following dialog: 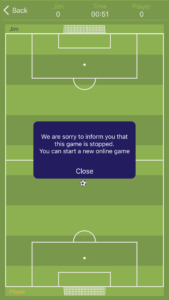 This dialog indicates that this game is terminated. You can go back to the list of online players, and start a new game.